Accelerators Are The New Business School

This article originally appeared on TechCrunch on July 11th, 2015

It’s no secret that most startups fail. What’s a bit less obvious is that most startup accelerators also fail. While a few top-tier programs get the cream of the crop unicorns of the future, the hundreds of others struggle to attract teams that will produce the investment-grade companies on which their models so depend.

As the true business school of the future, most of them provide tremendous educational value to these budding entrepreneurs — who very well may produce a valuable company some day. Overwhelming odds are, however, that those initial projects that accelerators get a piece of, for their cash and time investment, aren’t the ones with which the entrepreneurs will ultimately succeed. For accelerators to survive long term, their business model has to change.

A Little History Lesson
In the mid-1990s, Idealab brought the business incubator model to the tech world. Concepts were developed in-house or brought in to the fold to be graduated into standalone business by an experienced operations team that could execute quickly, with few constraints. Rocket Internet turbocharged this model, taking over many hot regions around the world with e-commerce arbitrage and business model copycats in a few short years.

In the mid-2000s, Y Combinator and TechStars pioneered the accelerator model. Talented entrepreneurs and technologists began coming in from the cold. They entered an environment of mentorship, co-suffering peers as motivators and a bit of money to cover living expenses — barely enough to get a minimum product out to market. Early success stories such as Dropbox, Airbnb, and SendGrid started surfacing, and so did numerous accelerators around the world looking to duplicate those wins.

Copy/Paste #fail
Quantity rarely correlates with quality, and the viral explosion of accelerators that followed is no different. It spawned well-intentioned programs run by teams with little experience in either founding and running technology companies or finding the best and funding them as investors.

They were able to secure enough cash to cover operations, as well as initial checks from government development funds intent on creating local jobs, corporates looking to boost their street cred, or unsophisticated individuals thinking they would quickly develop a valuable and diversified portfolio.

While top-tier programs receive thousands of applications for each batch, and enjoy being more selective than Harvard and Stanford MBA programs, the rest are fallbacks by default. Every program wants the next billion-dollar startup, but the difference in team and product potential from the very best to the rest is several orders of magnitude in quality.

Cost-of-living differences also play a major factor in the equation. Where a $50,000 check in San Francisco will support a team of three barely above poverty level for a few months, in other parts of the world like Eastern Europe it offers a decent lifestyle for a year or more.

This often attracts far-less-experienced founders who get a chance to live the ‘wantrepreneur’ lifestyle, filled with pitch competitions and happy hours instead of round-the-clock ramen-and-Red Bull-fueled product development and marketing sessions that make or break real startups. Perhaps they’ll one day build up their skills and produce something insanely valuable, but it will be when they are coincidentally ready for that top-tier program anyway.

The Next Generation
When the ineffable Adeo Ressi launched the Founder’s Institute, many ridiculed its tuition plus equity model. In the years since, Founder’s Institute has made a tremendous impact on thousands of entrepreneurs in dozens of cities around the world. They’ve even managed to cash out on a few of the resulting companies.

General Assembly, TechHub, Galvanize and a slew of others have come up with valuable, revenue-generating models, combining entrepreneur education and collaborative work spaces. Corporates are getting into the game with various grant and equity accelerator schemes to establish early relationships with the best and brightest in their segments of interest.

Smart Universities are now beginning to realize their disadvantage in the rapidly transforming world of education. Programs such as Stanford’s StartX launched to provide a way for students to learn by doing, alongside the traditional theoretical approach.

Choices, Choices
If you’re thinking about applying to an accelerator, you should be doing your own vetting to make sure that the assistance provided and results meet your needs and expectations. Since one of, if not the biggest, benefits you will gain from the accelerator program is the invaluable experience and feedback of its mentors, you should do your own due diligence by reaching out to them, as well as founders of companies that have gone through the program.

You should also have a firm understanding of the type of deal the accelerator offers, and how it compares to your other options and the opportunity costs.

Consolidation is an eventuality, and we seem to be at the cusp of it in the accelerator world. The dot-com system collapse left us with infrastructure that enabled the second wave of Internet-era startups. The accelerator bubble is likely to have served as the laboratory for a completely new way to educate future generations of entrepreneurs. This is something we all should be cautiously thrilled about. 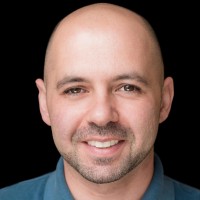 Managing Partner at GS Capital and a founding partner of HP Tech Ventures. Expert on technology venture and Investment Banker (Capital and M&A). Obsessed with the future of EV/AV mobility. A frequent speaker and the author of Accelerated Startup.

Winter Is Here, Now What?
Next Article